ncs week 4 & what the experience has taught me... 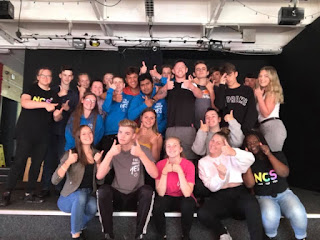 One week on from NCS and it's fair to say I've missed it! The initial thought every day of thinking 'oh what are we doing with the team today' has still been in my mind for the past week and then I realise that we're finished. This post is just explaining the last week, what happened and what the experience has taught me over the past 4 weeks!

As mentioned in my Week 3 post (read here), Team 2 and I as well as Team 9 had the task of helping to renovate a local youth centre. Throughout the week we had the task of painting a fair few of the walls, the skirting boards and a massive panel! I think it went pretty well, even if it was 23 degrees and extremely hot! Both teams worked really well together and I was very happy to see the end result! I hope that the next team carried on our efforts and that the team that will be taking it over this week will finish off this project on a high! 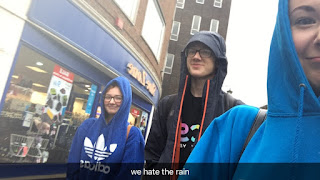 And to top the week off, we went ice-skating which was a new experience for me, but I wasn't alone as my fellow team mate Dan was in the same boat, so we were a funny pair to witness, clinging onto the sides for dear life, and screaming pretty much all the way round! But it was such a funny experience, and was the last time we saw all of the team until graduation in a month's time! 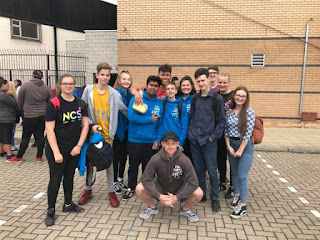 It is safe to say that I have learnt a lot from my experience, and I am so happy I made the decision to go! Going away for the first two residential weeks was tough for me as I am a home bird, and hate being away from the people I love. But the experience has taught me that I can survive going away and living with a new set of people, which kind of excites me as I want to travel a lot more over the next few years, even if it is to a big city like Manchester or even London. 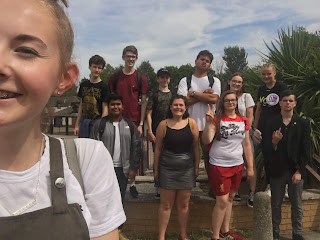 NCS has also given me a better set of people skills. After being moved from my original team, I had to make friends with 11 brand new people, which at first was a struggle, but eventually, Harry and I fitted into the group very well. It has also allowed me to talk to people I never knew. On Week 2 in Hull, I spoke to so many different people from different groups, people I would have never considered talking to in the first place! I can happily say that my social confidence has grown, and I now feel so much more comfortable around people in general! 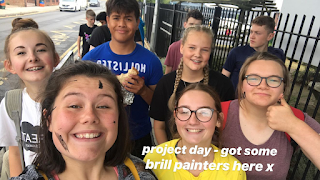 The final lesson I have learned is that it's good to give back. Going into the programme I wasn't too keen on the idea of week 4 compared to the other weeks, but that all changed, with the team around me and the project we had been tasked! I felt so happy knowing that the community would benefit from our efforts! I think we all felt a sense of accomplishment by the end of it, and I'm happy that the experience ended this was as I found it really enjoyable!