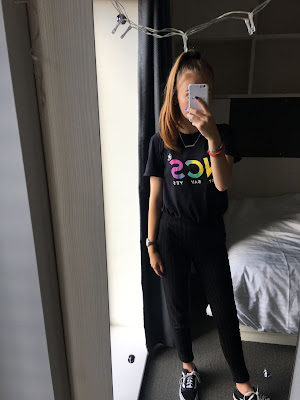 As part of NCS week 2 we travelled to Hull University to undergo a week of new experiences that would help us to become a better version of ourselves, as well as living the uni life! It was a very eye-opening week, and a very funny one which has brought our team so much closer together!

A lovely start to the week as we could have a lie in as we didn't have to be there until 11am! But as usual we met in our teams again and I remember feeling so happy to be back because I felt like I hadn't seen them in ages! We arrived at Hull Uni at about 1 o'clock before being assigned rooms, which by the way were incredible and so much nicer than the ones at Edale! We attended a knife crime talk by Steve, one of the team leaders, which was a real eye-opener, as some of the stories told were really close to home. 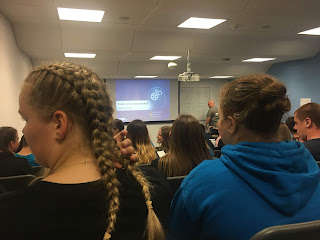 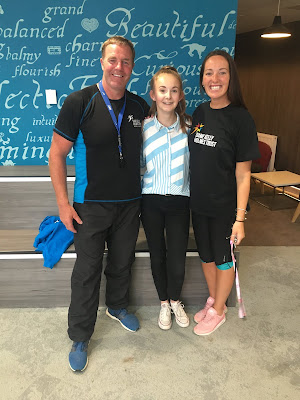 After this we had a session with Paul Grayson MBE and Jenny Wallwork, from The Dame Kelly Holmes Trust, which was thoroughly enjoyable because I love sports, and the activities we did were so much fun! We also were given some insight to the backgrounds of both players, Paul, a rugby player and Jenny a badminton player. It was nice to hear how they defied what everyone said and still continued to pursue their sporting careers, and the success that it brought them! As I said to both of them on that day, I loved listening to what they had to say, even if it was 25 odd degrees and we were all sweating!

Monday's reflection brought lots of laughter as we all had awards to be given out from the last week, as we all had to vote as a team for each recipient. I won the award for "The Biggest Drama Queen" which I can say I'm not surprised at! After this we all just chilled out and watched the Love Island final with 2 slices of pizza from Adam, thankyou for those, they were really nice! :) 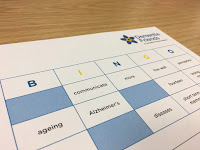 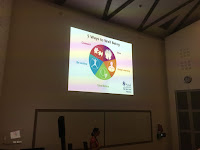 After an amazing fry up to start the day, we attended many different talk from different charities, which were very interesting and it got me thinking about the project we will be starting to plan next week! In the afternoon we had a talk on mental health and stress which I really enjoyed as I do show an interest in the brain and psychology, so I liked this talk. We also tried meditating which I loved, it was so calming but with 150 people in the room and several phones going off in the process (Nath if you're reading this...) meant it was harder to concentrate! 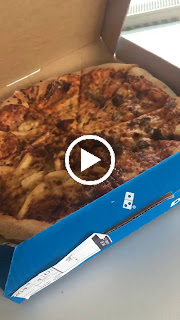 Reflection on Tuesday was different as it was the first one without our other leader India, whom has gone away for the week, so I hope she is enjoying herself! But we started to think about some projects we wanted to do which was making me excited for the upcoming week! Plus that night we had an amazing Domino's pizza, which I was so happy about! 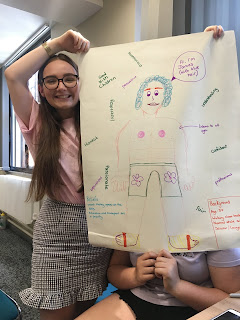 On Wednesday we had a Politics Workshop which at first I thought would have been so boring but it was really interactive which made it more fun than I thought it would have been! It was also quite interesting to learn something new, and participate in some really fun activities! Our politician was the best! Reflection again was spent talking about our projects and brainstorming ideas. 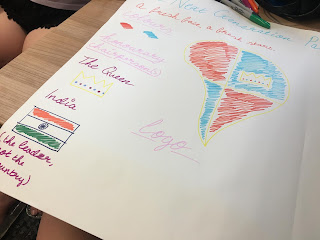 Something I loved about this week was the bond that the group now have! We pretty much spent every night together on the field just chatting and kicking a ball about really but this past week has made me realise that these people are just the best! 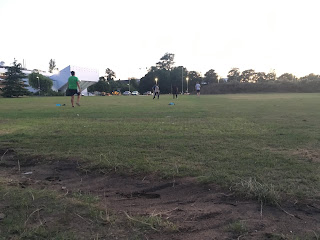 My favourite day of the week because it was the Sports Leaders Day, and I loved being up and about, even if it was unbearably hot! 28 degrees for Hull, I mean, something has to be wrong! In the morning we participated in lots of different activities which tested lots of skills such as communication, motivation and teamwork, and it was thoroughly enjoyable! The entire team participated even if they didn't particularly want to, due to not liking sport, or the weather!

The afternoon was really fun too, as we were challenged with making our own game, from a limited set of equipment, to therefore become sports leaders! All the games I participated in from the other 2 groups were so fun, and I hope you all liked playing our game, even if it was over pretty briefly! 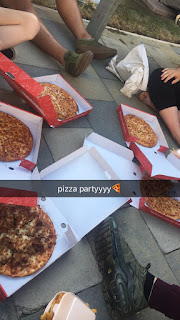 That night was spent again, ordering a pizza, which again was soooo nice, chatting with the team, taking part in the quiz, and reflection as always, with (makeshift) banoffee pie made by Kenna and Casey in the morning! Girls it was beautiful! X

I would write about Friday but in all honesty it was just get up, have breakfast, pack bags, tidy up and leave!

I hope you have enjoyed reading! If you are someone on Wave 2, I wish you the best week, you will have a lot of fun, and you'll love the accommodation! If you are in Wave 3 starting week 1 I hope you have a fab week, and I hope you try everything that is on offer to you in your adventure week! If you are on Wave 3 and are wondering what you might get up to, read about my experience here!