- November 05, 2017
If you haven't seen my latest blog post, you wouldn't know that I went to London and Liverpool last week, and I did go shopping, because I really needed some new clothes, especially some new jeans which I managed to get. 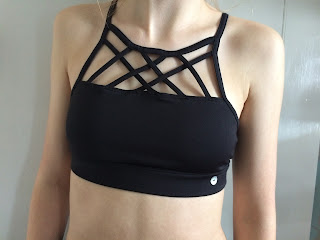 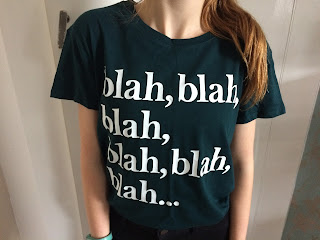 The first thing I picked up was from a Strappy Sports Bra from Hollister and it was £8.99 in the sale which I think is really good as I have paid more for most of my other sports bras. I haven't worn this to dance yet but after trying it on a couple of times, it seems really comfy. I love the detail on this too and I can't wait to wear this at dance! Another thing which I picked up in London was a T-shirt from Bershka and it says "Blah Blah Blah" on it, which I thought was really cute and this would go so well with skinny jeans and also some of the trousers I have. It was £4.99 which I think is such a good price and I always think that Bershka's T-shirts are such good quality, so I couldn't go far wrong. 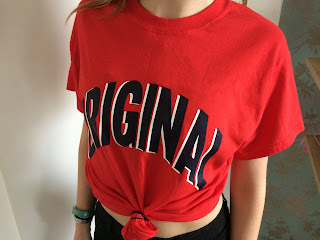 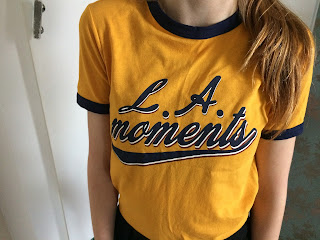 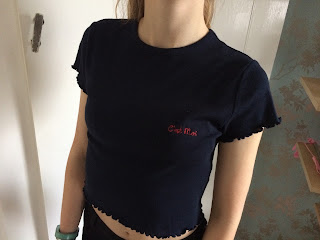 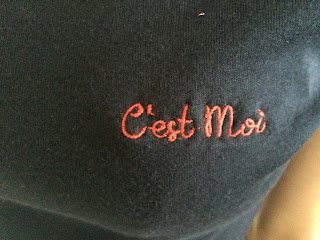 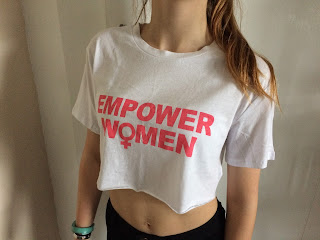 In Liverpool, the first thing I picked up was another T-shirt, this one from Miss Selfridge. It was £14 however I think it was my favourite item I purchased because it's something I would not usually wear, especially the colour which is gorgeous! I am in love with a slogan tee at the moment, so I ended up getting 3 others: one from Zara, which says "L.A. moments" on the front and is in a gorgeous mustard yellow which again is out of my comfort zone but I really like the American feel you get with this tee. The next is from Topshop and it says "C'est moi" on the boob in red which I think is so cute. It also has frills on the sleeves and bottom of the top which is so so cute. The final one was a BARGAIN and it was a crop top with the words "Empower Women" in red and this was £2 from H&M. It is probably a top more for the summer but it is one I am happy to save until then. # 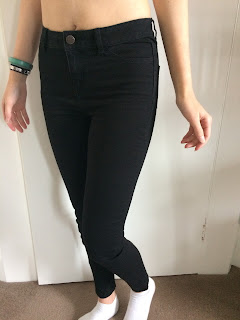 One item I needed to pick up was a pair of black jeans, and I found some in New Look. I bought the Jenna jeans, which were £12.99 which I think is very affordable because I know that jeans can cost about £30-£40 on average! They are really comfy and stretchy which is good as I seem to dance everywhere, even in jeans so these are perfect for that job! 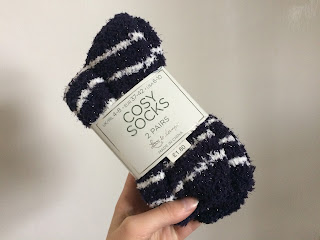 I also picked up some bits and bobs from a range of different places. I wanted a new bralette, so I picked up one in Primark for £5 which was good, and I got a pair of briefs too. I also got some more briefs from Victoria's Secret, because the 7 for £25 offer was on which I think is so good as Victoria's Secret is very pricey in my opinion. Going into Primark, I knew I had to pick up some cozy socks which were £1.80 because I wear them all the time in winter! 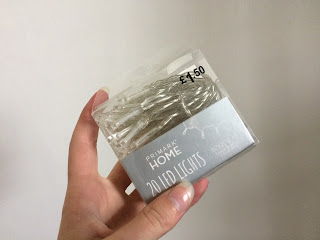 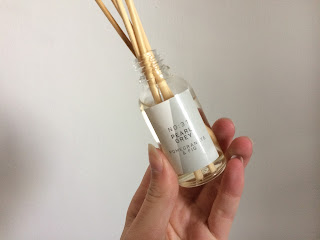 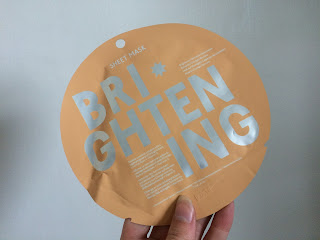 I also picked up a couple of extras from Primark's home section, the first being some fairy lights, which were £1.50 which I think is so good! They are not the brightest but I wasn't expecting that, but these are perfect for my blog photos so expect to see them making an appearance in my upcoming posts! I also picked up a room diffuser in the scent Pomegranate and Fig for £1 which was very cheap and so far is worth it! The final thing I picked up was a sheet mask from Urban Outfitters, which was £3 and I can't wait to use this when my skin isn't it's best!

I hope you liked this haul! Let me know if you like the style in the comments below, love