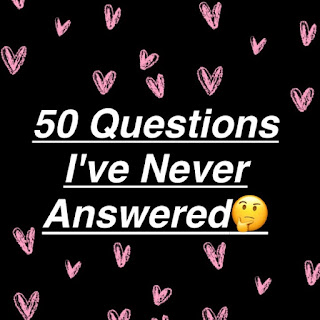 I've seen this post/video floating around the internet, so I decided to hop on the band wagon and do this tag! I don't know who came up with this tag, but all credit goes to them!


So I hope you liked this tag, I really enjoyed writing it!! Let me know if you want more tag posts on my blog! Love