urban outfitters haul (isolation drove me to it...) 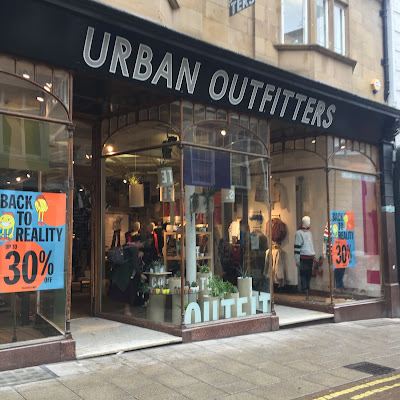 Since we started isolation, I have had a massive shopping urge, which wasn’t great but Urban Outfitters were having a MASSIVE sale on which meant that my bank account was going to see some damage! That being said I saved a lot more than I thought I would for the 8 items I bought. 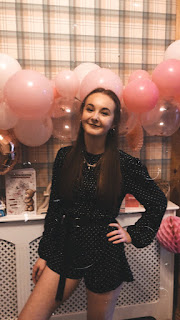 Originally: £52    Bought For: £16.20
This is honestly one of the most gorgeous pieces I’ve seen in an UO sale. I placed 2 orders in the sale and the first time I wasn’t too sure if I could pull it off, but I ordered it the second time around as I just thought “I’ll just go for it”. When I tried it on, I loved it! The only small issue is it’s a little bit short, but as long as I don’t put my arms up too much, I’m good! I bought this in a size small, which is a good fit, it’s very airy and loose on the skin, perfect for the summer! I wore this on my sister’s birthday (which we celebrated in isolation) with my iets frans black belt, just to synch in at the waist. 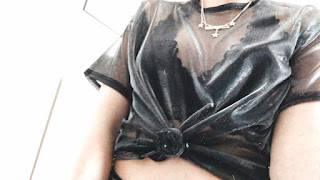 Originally: £26    Bought For: £5.40
Something out of my comfort zone is this top: I thought it would be good for university in September when I head out clubbing. This sheer material allows for a cute bralette to be worn underneath, which can work when putting a look together. I had a bralette from Gilly Hicks by Hollister underneath which paired well with the silver/grey tones of the top. I bought in a size extra small, which I thought would have been tight but it is slightly large which fits well, and I tie it up as shown to show off some midriff.

Out From Under His Favourite T-Shirt 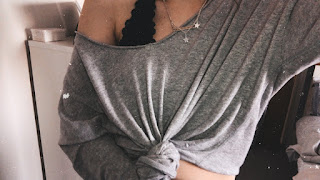 Originally: £32    Bought For: £8.10
This is probably my most-worn and favourite purchase from the haul, it is such a comfy top. It’s an oversized top which is perfect for a chill day (which I’m having a lot of at the minute), and can be dressed up or down. It looks really nice again with the bralette underneath, and I know I’m going to get a lot of wear out of it. If I recommend anything from this haul, it has to be this item! 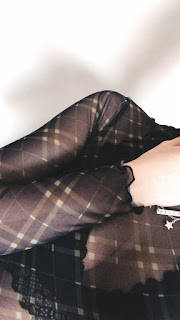 Originally: £26    Bought For: £16.20
I bought this top with the same intention as the silver top: to wear out at more formal events, but it can easily be worn down with joggers, and looks good with a bralette underneath! I love the colours on this top, they all work well together and can be layered well underneath a t-shirt. I love the lettuce hem of the top also, I think it adds a little something extra to the arms and body, although I would most likely fold the arms up as they are a little long! 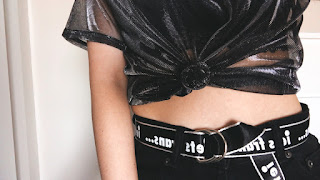 Originally: £14    Bought For: £8.10
I loveeeee iets frans’ belts so when I saw one in the sale, I had to buy it! I prefer D ring belts to other types of belts at the minute as I have a really small waist, meaning I can adjust this to as small as I would prefer! I also love how I can tuck these belts under and leave them to hang down, I think it adds something to the look! I am definitely buying more of these belts in the future! 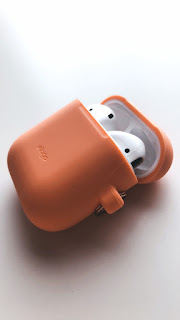 Originally £13    Bought For: £7.20
Ever since getting my AirPods back in January, I have really wanted a case for them, and since this one was in the sale, I really couldn’t resist. It matches the colours of my phone case which I love, and it comes with a clip that can be attached to keys and other items, so at least when I leave my house, I don’t forget my keys or my AirPods! It also distinguishes my AirPods from other people’s so that I don’t get confused! 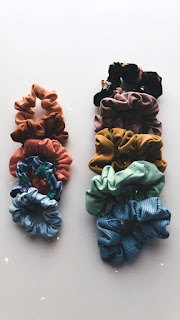 Originally: £10 each    Bought For: £1.80/£4.50
My final purchases: 10 scrunchies, some will say I’m a VSCO girl, some would say I have an obsession. I find scrunchies a lot easier to use in my hair so I’m happy I have a collection that can match with any outfit!

I can say that I am very happy with all of my purchases but I could say I’m even happier with the saving! If I had bought all of these items full price (no chance, it’s way too expensive!) it would have come to a total of £183, but I bought these all for £67.50, meaning I saved over £100, meaning my bank account saw less damage than first expected!

Have you bought anything recently, particularly any bargains?? Let me know in the comments 😊