If you have read my most recent post, (if not read here), you would have known that I went away for a week as part of NCS. I travelled to YHA Edale, which is in the Peak District, to go on the adventure week. After a rocky start, I managed to get settled, and enjoy the week. 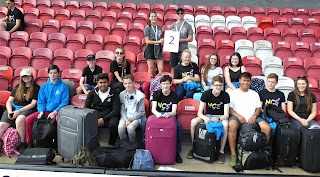 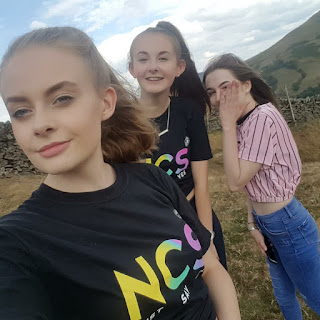 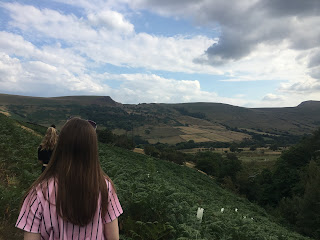 Personally, it started not so well as I got moved from my group that I had bonded with well at the induction, and then was also not allowed to sit with the person I wanted to and then the bus broke down. But the first thing I did when I got there was unpack, get changed as I stunk and went for a little walk through the hills, which was beautiful, before eating tea and doing some team building, which was very eventful. It was the first time I properly got to know my team, and talk to a few of the new people. I realised I got along with most of the team well, despite not remembering their names! We also met Mark, our instructor for the week, and he did some activities with us, which were very entertaining! But after what felt like a long day, we all went to bed! 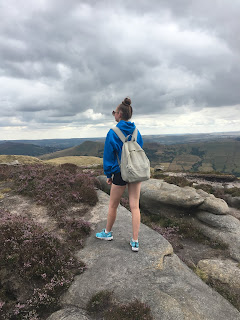 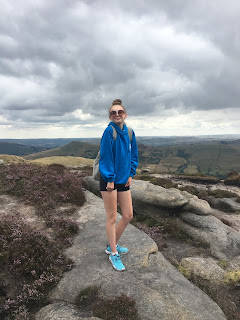 On Tuesday we went on a hill walk, which I was really looking forward to. We didn't have a really early start, but I had a lovely fry up, to fuel myself for the day. After only meeting my team a couple of times, I was pretty nervous to start this activity, but soon got talking to the girls mainly and some of the lads too. We learned how to navigate which was really interesting and I think I did a pretty good job of it... Well we didn't get lost. 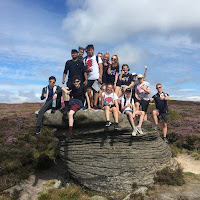 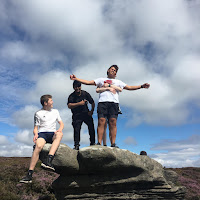 What I enjoyed the most was how supportive the team were when someone either injured themselves or someone was struggling. I have to say that it was quite dangerous, in particular when we climbed down the mountain, I was so scared! But after a few twisted ankles, some cuts and grazes and a walk through a field full of sheep, we all made it back, despite being soaking wet! But again, we chilled out during the evening and learned the Principles of NCS during reflection before we had free time and I watched Love Island in the kitchen! 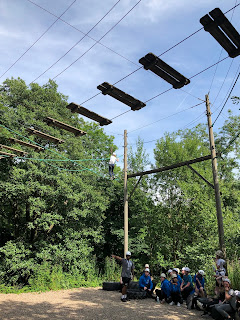 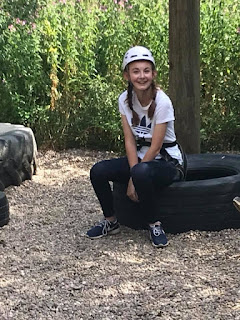 Thank you Bella and James for these photos!

I really enjoyed Wednesday looking back on it. We had canoeing in the morning, which meant a journey in the minibus for the first time where we "sung" some travel songs, including a bit of George Ezra and Bon Jovi which was so funny! I would have to say I found canoeing a little stressful, partly due to the fact my helmet was so tight on my head, giving me a headache. It wasn't the easiest experience, but I had a go and that's all that matters. I also just want to apologize to Bella and Harry, who were in my boat, because I kept yelling whenever they splashed the lads in other boats! 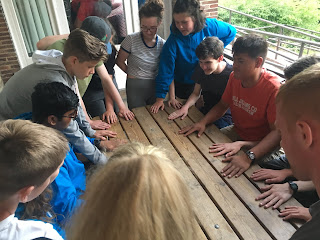 After a change of clothes, lunch and a shower, we went to do high ropes on the site, which was my favourite activity we did. I was a little nervous at the thought of having to clip and unclip the cows tails on each obstacle, but I eventually got the hang of it, and really enjoyed being up on the course! After this we had a challenge of stacking crates and having 2 members of the team stand on them as the tower got bigger and bigger. This was so fun because it showed that we worked well as a team, and that we are good at communicating! 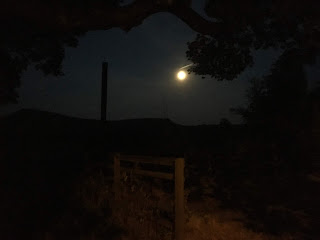 In the evening as usual, we had reflection where we talked over the past couple of days, saying what we enjoyed/didn't enjoy, what went well, what went wrong and making some promises before playing a game, which I was not very good at! Following on from the game, I spent tine with some team mates, and just as I was heading to bed I took some pictures of the moon as it looked so nice, calm and pretty. A great end to the day. 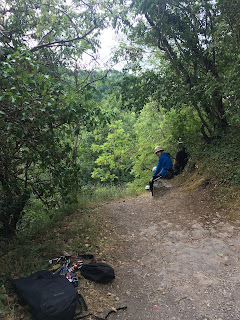 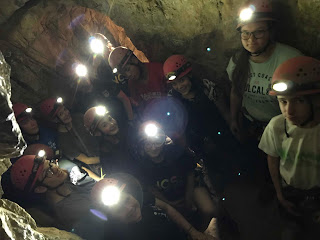 A day of personal ups and downs, after hearing rumours from home, and due to events that occurred that day. We went to do what is called the Limestone Adventure, which involved abseiling, caving and scrambling for my team! We did abseiling in the morning, well I didn't because after trying it I realised that it wasn't for me. So the morning was spent in the shade talking to people as they come and go to do abseiling! At lunch we traveled into Eyam, a local village, to get ice cream which was sooo good! After an ice-cream and a rest, the team went back to the rocks and prepared for some caving! We had to scramble up some rocks which I loved, and then went through a small cave which was really nice considering that outside it was 27 degrees! It was a lot cooler inside, which was good as we needed to cool off a bit! 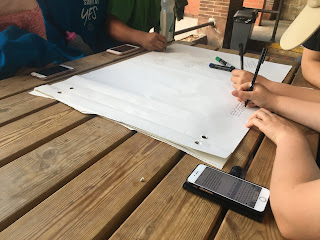 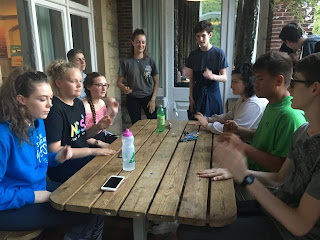 After this we went back on the minibus "singing" the best car playlist, before getting changed, having tea and attending reflection, even if it started late because 1 person didn't show up on time! During reflection, we had to write little messages for the upcoming groups that start tomorrow. And again we played a game which I was slightly better at but was still pretty bad! The time after reflection on Thursday was the best because I was able to talk to a lot of members of the team, and also some of my friends, and we had such a laugh! It was the best night by far and I was sad that we had to go in at 10:30, because I could've chatted all night! :( 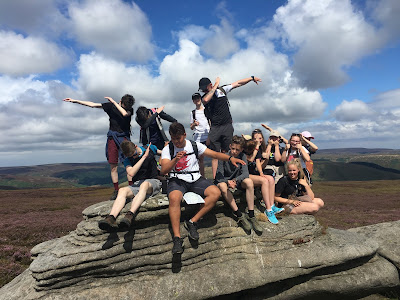 After the best sleep I have had all week, we prepared to leave Edale, and it is fair to say that people wanted to go home, mainly just to sleep because a lot of people nodded off! Shows that the week was a tiring but great one, and after a steak bake and an iced caramel latte, I was home safe and sound!

I hope you liked reading my experience of week 1 of NCS, I will be blogging every week, and keep up to date on my social medias to see what I'm up to! love,